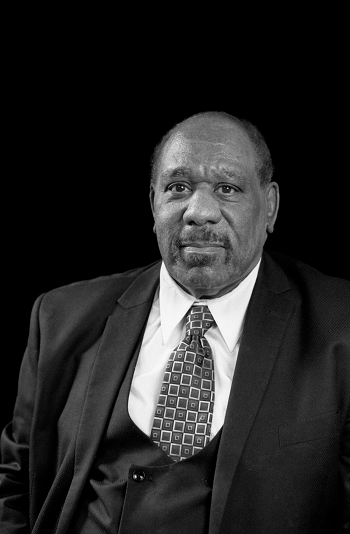 Reverend Charles Pratt was born in Columbus, Ohio, but moved around often as a child because his father was an Air Force pilot, one of the Tuskegee Airmen. During his time at Ohio State University, Charles worked for a veterinarian, who encouraged him to apply for a job in biomedical research at the Battelle Memorial Institute.

At the same time, he was also very active in his church working as an evangelist. Charles received invitations to give sermons around the United States and in other countries. When offered a promotion at Battelle, he had to decide between the ministry and research. With the help of his wife, Evelyn, they agreed on a life in the ministry. In 1980, he was invited to become the pastor of Victory Church of God in Christ, in Pittsfield. Reverend Pratt is active in community and social justice work. He serves on the Berkshire Athenaeum board, hosts a radio show with his wife, and also writes books on matters of the spirit.

“They would have church camp meetings, and I was a speaker at these meetings. At lunchtime, the pastors would maybe sit around a big table, and those guys could tell stories from sunup to sundown, humorous things mostly, and I collected them.”

A full transcript of the interview can be accessed here.